How We Got Started...

Many people are unfamiliar with what Cooperative Extension does today, so we are going to start at the beginning and show you our roots – 100 years ago!

A New York State resident, Dr. Seaman Knapp, designed Cooperative Demonstration work in the South to help farmers battle the boll weevil. He found the best place to train farmers on new methods was at the county level. The first County Agent began work in Texas in 1906.

By 1911, the North was also conducting practical field demonstrations on individual farms. The movement needed the backing of organized farmers to take it out of the hands of well-intentioned business interests and to secure local public financial aid. Farm Bureaus were needed to support and manage the county agents’ work. The first Farm Bureau was proposed in Binghamton in 1910 as a partnership between the farmers and the NYS College of Agriculture (part of Cornell University). The first NYS County Agent began work in pasture improvement in 1911.

When the 1914 Federal Smith Lever Act authorized federal funding for this work, Farm Bureaus organized rapidly and County Extension agents were employed all across the U.S. In New York State, by 1917 there were 37 Farm Bureaus with a membership of just under 15,000.

As World War I got underway, Herbert Hoover, as the U.S. Food Administrator, needed to stimulate production and consumer use of nutritious food and called upon this new existing agency, the States Relations Service (now called Cooperative Extension), to manage the program in rural areas. To ensure an adequate supply of food for armed forces and the population at home, a county agricultural agent and home demonstration agent was needed in each county.

This is where Steuben County entered the picture. County Agent C.M. Burritt and Assistant County Agent H.E. Babcock proposed a Farm Bureau in 1914 and educational meetings were held to gather signatures. On February 1, 1918, Steuben became the 53 rd county in the state to officially organize a Farm Bureau. There were 900 enrolled names on the list.

H.N. Humphry was appointed as the first manager with an office in Corning, and C.B. Raymond as Assistant Manager with an office in Bath. The Corning Chamber of Commerce provided office space until it moved to Bath in March 1919. Their first projects included the Agricultural Census, seed demonstrations, and assisting farmers with farm labor during the war.

Humphry was succeeded by E.W. Cleeves in 1920 and by Wm. L. Stempfle in 1922. Bill Stempfle was agricultural agent for 29 years, and during his term persuaded many potato farmers from Maine and Long Island to settle in Steuben County. He imported beef cattle into the area and was a major figure in the eradication of tuberculosis in cattle in the county.

The Home Bureau Department was first led by Katherine Roy as Home Demonstration Agent until May 1919. In 1924 Lois Mathewson became Home Bureau Agent and served over a score of years.

In the early 1900’s Rufus Stanley of Chemung County used the Cornell Nature Study Leaflets to take city boys out to the country for gardening work. In 1905, an Iowa school superintendent formed a boys and girls agricultural club which he called the 3-H club for Head, Heart and Hand. In 1909 Dr. Knapp made boys and girls club work a part of the demonstration work in the South. The boys club work was intended to turn the boy toward the farm. The girls organized tomato clubs and did canning work. As the girls began selling canned tomatoes, the brand added Health to the label creating the beginning of the designation of “4-H Club Work.”


Leon Taylor, of Yates County, was the first club agent from 1939-1943. Frank B. Finnerty (shown left) served for many years following.

4-H Club work expanded greatly during the war with an emphasis on gardening and pork production. On May 15, 1918 a pig club contest began in Steuben County. The boys and girls raised 17,112 pounds of pork with the largest pig weighing in at 402.5 pounds.

Over the years Farm Bureaus entered commercial and legislative fields and by the 1950’s there was a need for a strong educational agency apart from a farm organization that could speak to controversial public issues. On January 1, 1956 the County Farm and Home Bureau and 4-H Club Association’s legal name was changed to County Extension Services Association with three departments: agricultural, home demonstration and
4-H Club.

The Cooperative Extension system in Steuben County continues today to build strong communities with educational resources and local partners in the areas of Agriculture and Natural Resources, Financial Management, Nutrition Education and 4-H/Youth Development. We envision a county in which residents sustain health, competence and success for another 100 years.

Come to our Celebration! 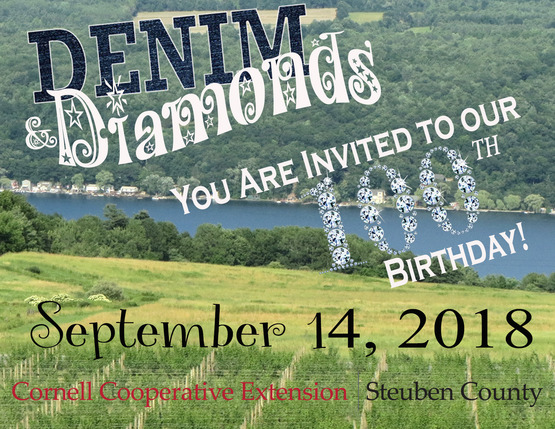 Join us September 14 for our big birthday celebration event! Tickets are now on sale. Visit our Celebration page for details!

Please help us with our Auction!

We are looking for donations of items we can use in our silent auction baskets for this event. Please consider a donation! 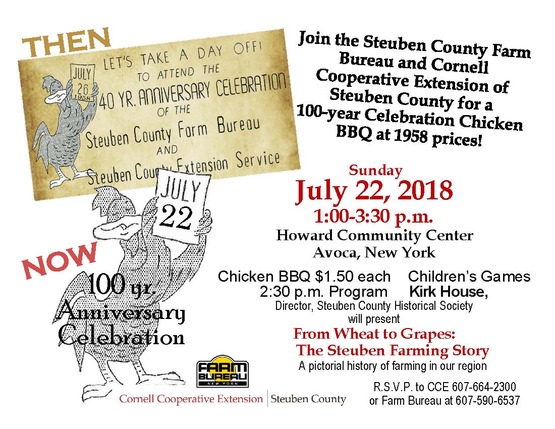 This summer we partnered with the Steuben County Farm Bureau for a barbecue celebration.. 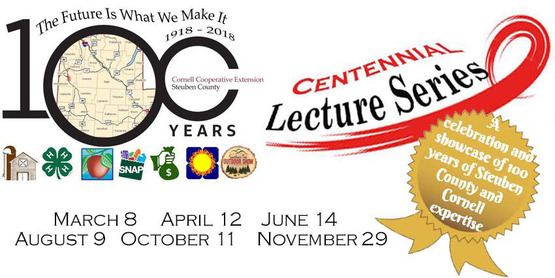 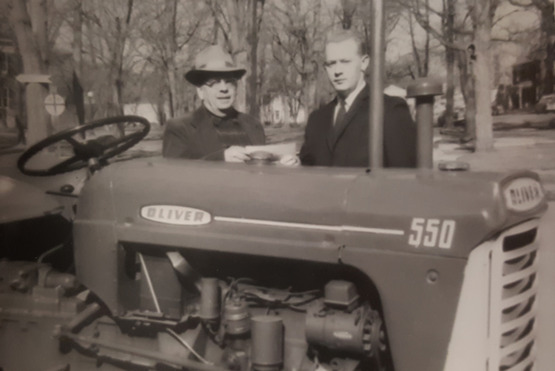 If you have Agriculture, Homemaking or 4-H materials from the past, would you share them with us? We are collecting for a display, or you can share pictures or fond memories of your experiences by email, on social media, or by calling our office!

CCE will plant a tree in your honor in Steuben County for every gift over $100!

Be a part of our Centennial Campaign 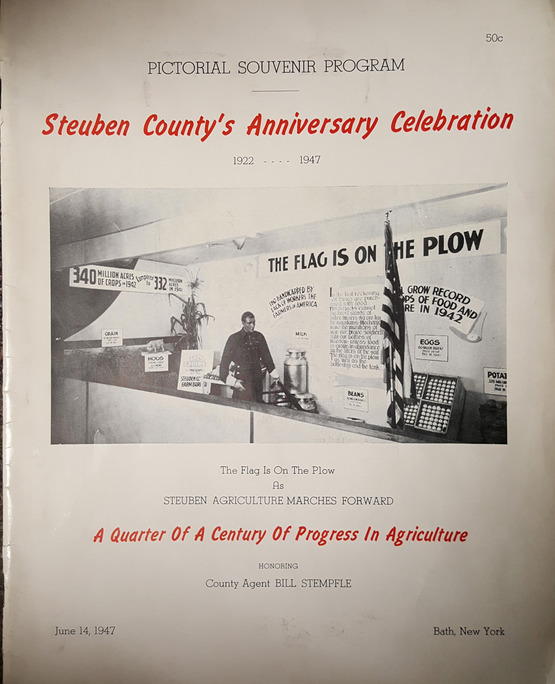